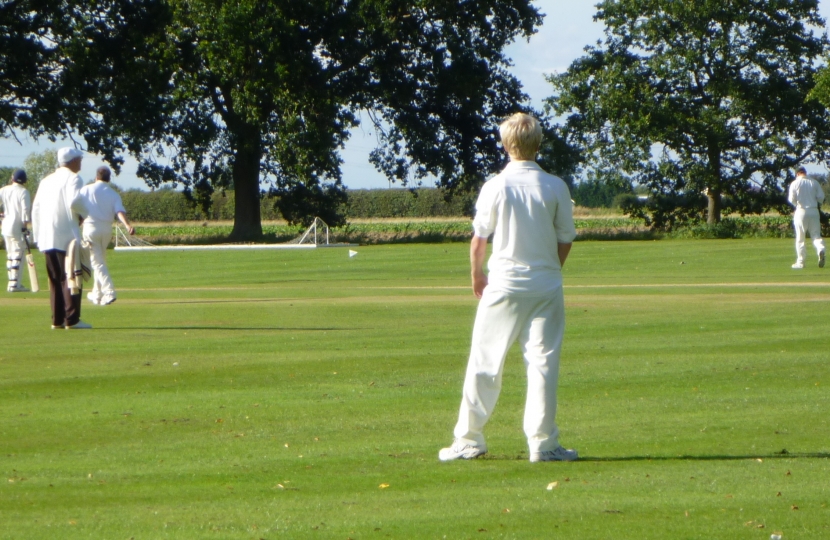 This year, the Lords & Comons XI were the winners, for the first time in several years. Accepting the trophy from Cllr Gary Taylor, the Cabinet Member for Business Development at South Holland District Council, John said "The last time we won this trophy, I had a television I could stand it on top of - that must show how long ago it was! Now I have a flat-screen set, I'll have to find somewhere else to put it!"

John continued "I must express my thanks to both teams, my staff for their work in organising this event, and all of the people and businesses here who have supported us."

The "Man of the Match" award was won by Richard Brabner for the Parliamentary side.

The sum raised came from those who attended the match during the day and the hog-roast that followed in the evening, along wih the raffle with prizes generously donated by local businesses.