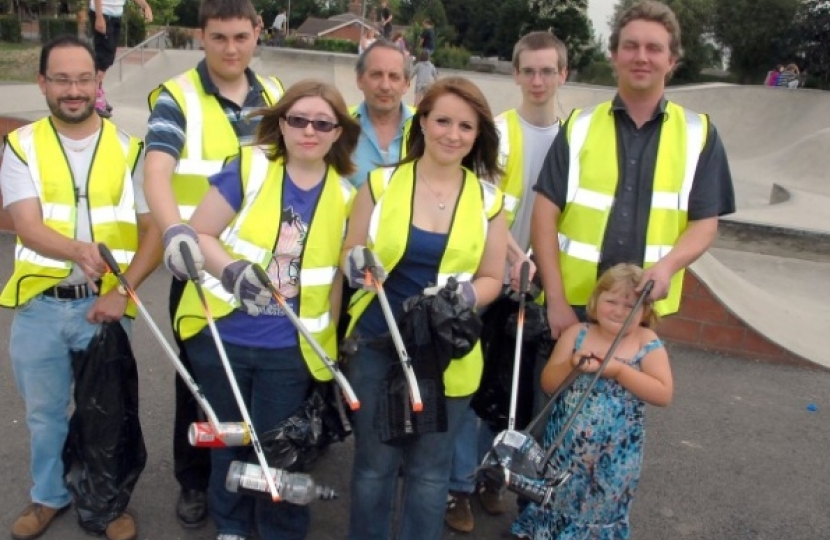 On Sunday 31st July, the South Holland and the Deepings Conservative Future Branch took to the skate park on Holbeach Road armed with black bin bags, gloves and litter picks as part of a Social Action Project called “The Big Clean up”.

After three hours work, the team had filled almost twenty bags of Rubbish from the Skate Park and Royce Road area, despite the area having been litter picked by another group just a few days earlier. The amount of litter discarded in this area is unacceptable, there are enough bins in the area emptied regularly by council workers. There is no excuse for the litter to be discarded on the ground, it is down to laziness and is a problem which needs to be tackled through enforcement and education.

The main litter items collected were sweet wrappers, drinks bottles, tobacco product packaging and fish and chip wrappers, and even a dead duck was found on the path of Royce Road which had clearly been there for some time! The Skate Park is an area clearly on show to visitors to Spalding entering the Town from Springfield’s; it really does not give a good image of the town if left in this state. More recently, the two large bins in the park have been vandalised and set alight.

The team included the Chairman of the Conservative Future Branch Sarah-Jane Sewell, branch members Zoe Lane, Adam Reece and Alex Richardson, as well as the Conservative Association Deputy Chairman Richard Carey, and Cllr Andrew Miller and his daughter, along with Cllr Anthony Casson.

Conservative Future is a group within the Conservative Party for the Under 30’s. The South Holland and the Deepings Constituency Branch, aim to assist John Hayes MP, the Local Council and the Community wherever they can. They aim to run Social Action Projects and events for young people - the organisation is about involving young people in politics and addressing issues which matter to them. They can be found on Facebook and twitter @southhollandcf ,, Anyone wanting more information about the group or interested in joining should contact the  CF Chairman Sarah-Jane Sewell on southhollandcf@hotmail.co.uk