South Holland and The Deepings 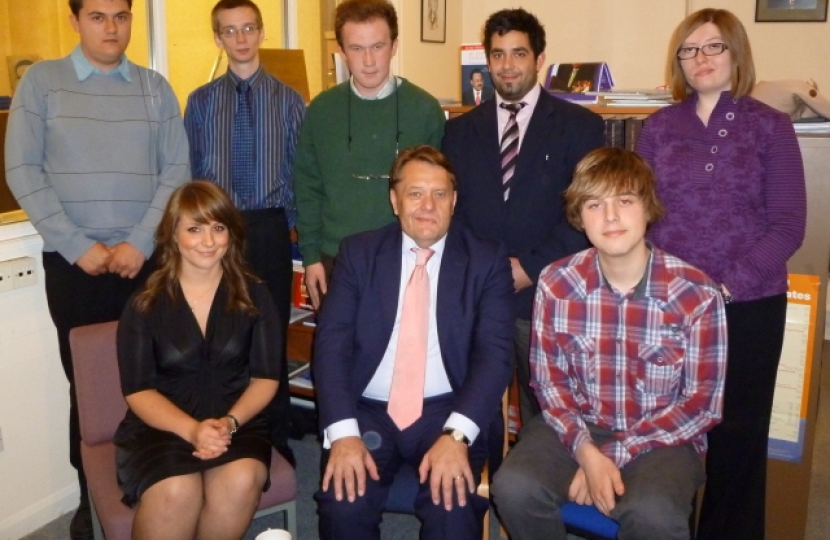 A meeting over tea and home-made cakes today gave members of Conservative Future, the party's youth wing, a chance to get to know their local MP.

Hosted by South Holland & The Deepings Conservative Association, the meeting over afternoon tea between ten members of the 29-strong CF branch and John Hayes ranged over a wide range of topics, varying from some insights in to life as a Government Minister and the forthcoming vote in Parliament on the EU Referendum petition, to John's own brief on skills and apprenticeships and the challenges facing young people about to head off to university, as well as the current political scene and how the Party can win a majority at the next General Election.

John also shared some stories and ideas from his own time as a member of the Young Conservatives.

At the conclusion of the meeting, John said "This has been really productive, and I would like to make this a regular meeting, perhaps three or four times a year.

"I can see given this group that I will have to make sure that I am very well briefed in future!"

Copyright 2020 South Holland and The Deepings Conservatives. All rights reserved.
Powered by Bluetree