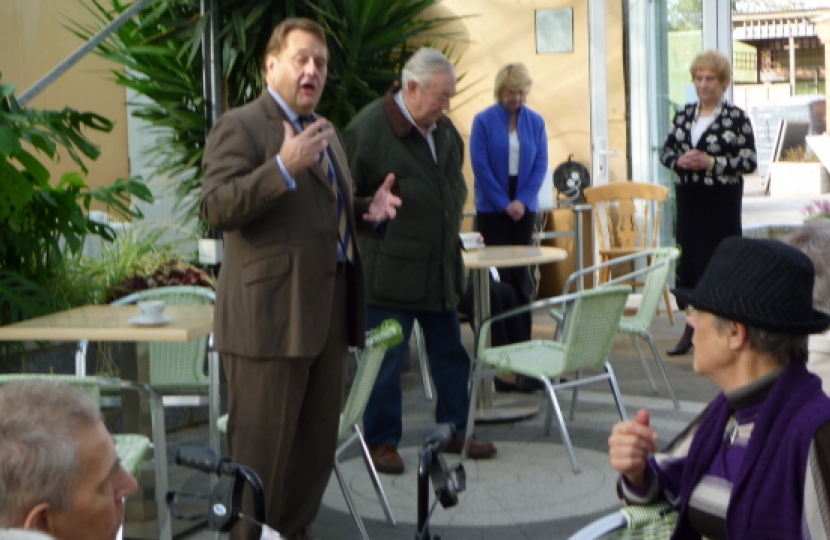 Around 20 people attended a lively Q&A session with their local MP John Hayes at Silverwood Garden Centre in Long Sutton this morning.

The open event, organised in the function room there by South Holland & The Deepings Conservative Association and hosted by local campaigner and centre owner Jack Tyrell, gave local residents and passers-by a chance to hear from and quiz their MP on the issues of the day over free refreshments.

Topics raised included the Human Rights Act, Britain's membership of the EU and the forthcoming vote in Parliament on a referendum, the party system in Parliament and the role of a local MP.

Speaking after the event, Association Chairman Margaret Wilson said "This was highly successful event in terms of encouraging local people to get involved and have their say in local politics, and we hope to roll this out as a format and hold similar events in other places around the constituency in the near future."