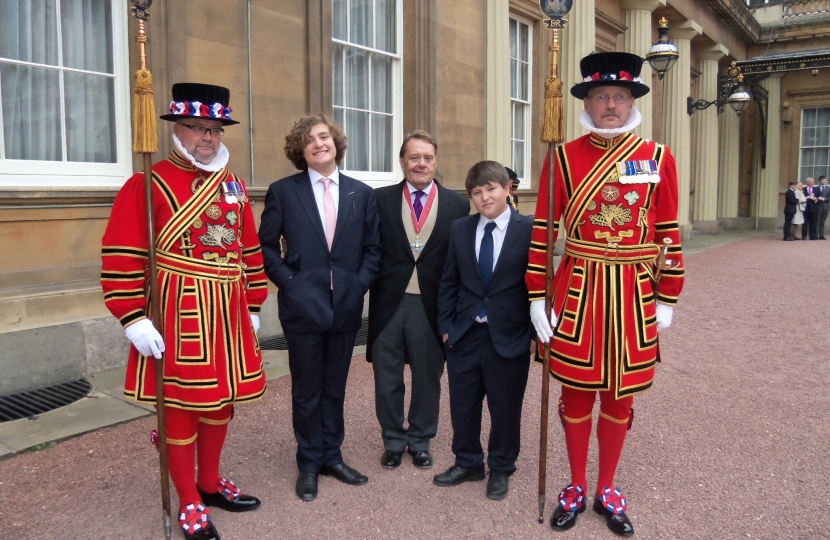 Public reverence for Her Majesty the Queen has never been stronger; people around the world respect and admire Britain’s constitutional monarchy. Rising above ephemeral, topical politics, and at ease with both tradition and modernity, the Monarchy represents the best of the glorious past, a confidence in the present, and continuity for the future. It is a beacon of certainty in an increasingly uncertain world.

Sometimes, perhaps, we take for granted the Queen’s constitutional role as the Head of State who oversees our Parliamentary democracy, so ensuring a smooth transition between elected administrations. But while Prime Ministers and Governments are fleeting stewards of the offices they hold, the Monarchy is permanent.

I thought of this when I was at the Palace recently to collect my CBE award for political and public service. Only made possible by the people and place I care for most, living in Moulton, I am immensely proud of the work I’ve done in South Holland and the Deepings over the 19 years that I’ve been the local Member of Parliament, and so was delighted to be honoured in such a way.

Perhaps because of the extraordinary journey I’ve travelled, I often reflect, with wonder, on the thrill of working in Parliament and Government, each day with no less feeling of awe than the first. Yet arriving home in my village is just as joyful because I return to my everyday life with its delights and challenges.

Walking through the beautiful rooms of Buckingham Palace, and thinking about the rich history of our glorious Monarchy displayed in that marvellous place, having Her Majesty present the badge of the CBE to me I reflected, too, upon our Queen’s extraordinary public service. Her ascension to the throne took place six years before I was even born; her remarkable sense of duty to her country over such a long time makes her reign seem still more magical, only deepening Briton’s emotional attachment to the Crown.

By personifying what’s best of Britain, our Queen holds each of us -and all of us- to a higher standard. There can be no greater honour than that.