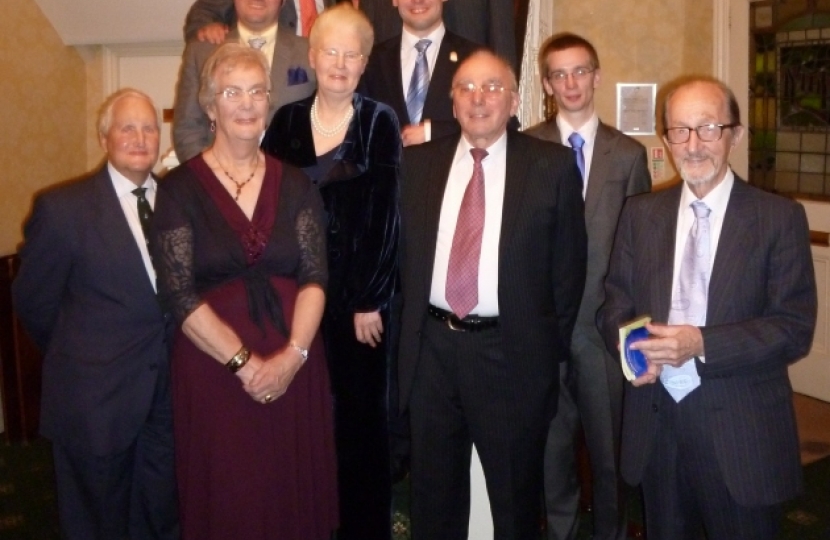 A branch dinner in Spalding with historian and soon-to-be MEP Rupert Matthews attracted around 60 people tonight.

The dinner, at the Woodlands Hotel in Pinchbeck Road in Spalding was held to mark the anniversary of the Batle of Trafalgar. Rupert's speech touched briefly on national and European politics, but then concentrated on an entertaining and highly informative account of the battle, and the naval military tactics leading up to it.

Rupert, based on his placing at the European Parliament elections in 2009 will succeed Rger Helmer as an MEP for the East Midlands region when Roger retires at the end of this year. Roger Helmer recently announced his intention to retire from the European Parliament after nearly 13 years of service an an MEP, during which time he has been a great friend to this constiuency and to our Association here.

Giving the vote of thanks at the event, local MP John Hayes paid tribute to Roger Helmer''s service, and conveyed the good wishes of all present to Rupert for his forthcoming work in standing up for the interests of this area and the whole of the East MIdlands in the EU Parliament.